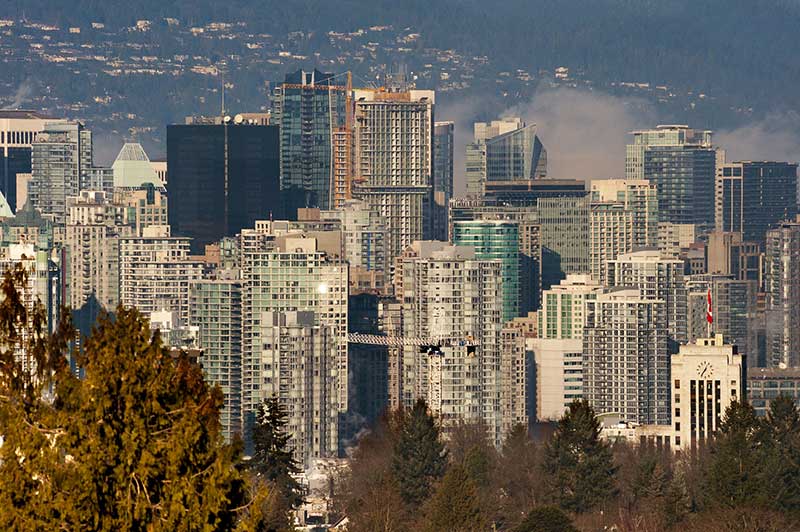 The average price of a house sold in Vancouver saw its largest-ever drop in August, in the wake of B.C.’s new foreign-buyer tax — but before tougher new federal mortgage rules take effect.

It’s yet another sign that the tide has turned in a market that Swiss bank UBS recently argued is experiencing the world’s biggest housing bubble.

Greater Vancouver’s average sales price plunged 19 per cent from July to August, and was down 7.5 per cent from a year earlier, according to data from the Canadian Real Estate Association, flagged by BMO senior economist Sal Guatieri.

“The monthly drop was more than double the second worst one on record,” Guatieri wrote in a recent client note.

The slump was due almost entirely to a decline in sales of detached homes, “the segment prized by wealthy foreign buyers,” Guatieri noted.

However, the city’s benchmark price — which compares similar types of housing — shows prices for similar homes were still rising in August, then turned slightly downwards in September, down 0.1 per cent to $931,900. But that is still 31.4 per cent higher than the same month a year ago.

The data shows just how thoroughly foreign buyers have been spooked by the new 15-per-cent tax on house purchases. According to a report from Canada Mortgage and Housing Corp. (CMHC), foreign buyers accounted for just 0.9 per cent of purchases in Greater Vancouver in August, down from 13 per cent in the two months before that.

Still, CMHC noted that Vancouver’s market took a downward turn even before the foreign buyer tax came into effect, with sales volumes falling every month since February. 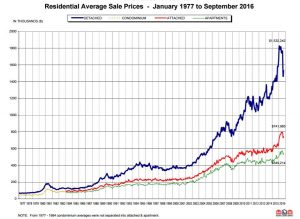 “But this was before the latest rule changes from the federal government,” Guatieri wrote. “Stay tuned.”

Economists say Vancouver and other housing markets will be under further pressure as new federal mortgage rules take effect.

The federal Liberals have introduced a “stress test” for mortgages that will require new borrowers to qualify for a mortgage at the Bank of Canada’s posted rate, currently 4.64 per cent — roughly double the rate lenders are offering borrowers today. It’s intended to address concerns that Canadians are taking on too much debt as house prices rise. Canadians have the highest household debt burden in the G7.

Additionally, the Liberals closed a tax loophole that allowed foreign buyers to avoid capital gains taxes on Canadian properties. Home sellers will now be required to declare residential sales to Revenue Canada, and the tax exemption for a primary residence will only apply to those who filed taxes in Canada while they owned the home.

According to Finance Department projections, home sales could fall some 8 per cent as a result of the new measures.