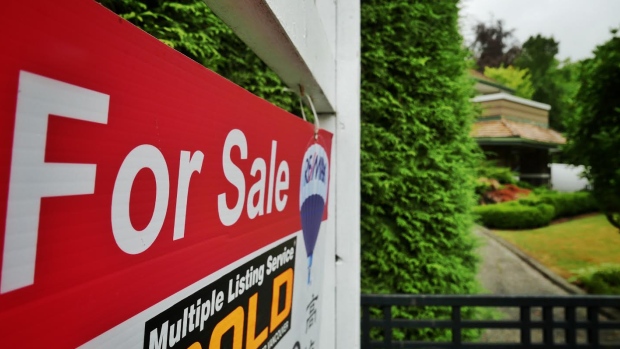 According to the latest numbers released by the board this morning, the number of homes sold in Greater Vancouver dropped more than 22 per cent in December compared to the previous month, and nearly 40 per cent when compared to last year.

But board president Dan Morrison says while market sales have been slowing since they peaked last March, prices have not dropped significantly.

“There is no question, in the last six months, prices have come off two or three per cent,” he said, “But compared to a year ago, prices are still higher.”

In fact, the benchmark price of all residential homes dropped only 2.2 per cent over the last six months and prices are still nearly 18 per cent higher compared to December 2015, according to today’s numbers.

The news comes as homeowners receive notices showing the BC Assessment values for most homes in the region rose sharply between July 2015 and July 2016.

“Increases of 30 to 50 per cent will be typical for single-family homes in Vancouver, North Shore, Squamish, Burnaby, Tri-Cities, Richmond and Surrey,” said a notice issued by the provincial body last month. “Typical strata residential increases will be in the 15 to 30 per cent range.”

That roughly matches the price increase of 38 per cent for the benchmark price of detached homes in Greater Vancouver calculated by the real estate board, for the same period.

Likewise, the real estate board calculated the benchmark price for apartments rose by 27 per cent from July to July, while townhomes rose 29 per cent, which matches the upper range from B.C. Assessment.

Morrison notes the real estate market in Metro Vancouver is still adapting to the introduction of several measures introduced after the timeframe of those assessments, including the 15 per cent foreign buyers tax — and it remains difficult to forecast where the market is heading.

“The long-term effect of these actions won’t be fully understood for some time,” he said. “Best guess is another two to three months to work things out.”

Morrison also notes one of the key factors stopping prices from falling is that not many people are putting their homes up for sale.

“The supply of homes for sale couldn’t keep up with the demand for much of 2016,” said Morrison. “The inventory is not there.”

The latest figures show the number of homes on the market continued to fall in Greater Vancouver, dropping 24 per cent to 6,345 from November 2016.

For new listings the drop is even more dramatic: a 58 per cent decline since November 2016.

“Vancouver is not a factory town. People are buying for the long term. Nobody is forced to sell,” he notes.